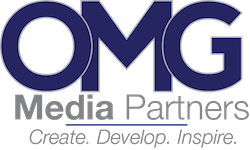 Once your site is up and populated with a few […]

Once your site is up and populated with a few articles, you can start adding some affiliate links. But remember, you can’t treat this the same way you might have those micro niche sites that were so popular a few years ago! It takes finesse! Don’t put affiliate links in every single article.

Don’t use banners on your site unless you’re using a PPC ad network for extra income. Banners just don’t work anymore. Instead, you should create posts that are solely mean to promote a particular product, without making it seem like you’re promoting the product.

Basically, this means demonstrating the use of the product in some way without making your post seem like nothing but an ad. For example, let’s say you want to sell some really cool kitchen gadget. You could make a video of yourself preparing some dish that uses the gadget and shows just how cool it really is. (Alternately, you could embed someone else’s video and just talk about how cool it is in your article.)

Then you could provide an affiliate link to the product at the end of your article. Do not use banners or anything like that, because you don’t want to seem too promotional, but at the same time, don’t hide that you’re using an affiliate link, because that’s against Amazon’s terms, and could also upset your visitors.

I would promote an affiliate product in maybe 1:5 posts or 1:10. I know this seems like you won’t be making much money, but if you’re promoting affiliate links more often than that, people will become blind to them and think you’re all about money rather than user experience. In the long run, you’ll make more money with fewer ads, because more people will visit your site often in anticipation of new content.

Make sure you find the best-of-the-best when it comes to the products you promote. If possible, test each item yourself so you can be sure it really works. An added bonus to testing it yourself is the ability to post your own pictures and/or videos, which will help you seem more authentic in its promotion, thus increasing sales.

Also, be sure to promote products in a wide range of prices.If you’re only promoting products over $100, people will grow tired of it. Not everyone can afford to splurge on expensive items often. Be sure you throw the occasional $5 item into the mix.

You can even say, “I can’t believe how inexpensive this is!” And don’t worry about the miniscule commission you’ll receive when you promote a $5 item. Many people will end up ordering more than just that $5 commission, and you’ll make money on whatever else they purchase, too!

Perhaps the most difficult part of this process is finding traffic, but even that isn’t particularly difficult once you understand the various social media outlets and how they work. It’s actually easier than ever before to get traffic to a website!

It’s a good idea to have a presence on all of the most prominent social sites, including:

If you’re not very familiar with social media, it’s time to change that. If you’re going to be successful online these days, social media is an absolute must unless you’re willing (and able) to shell out big money on paid ads. Plus, the most effective paid ads these days tend to be on the social networks, anyway. Either way, you need to get familiar with all of the major networks.
If you want to get started learning how to use social media for effective website promotion, I recommend checking out:

This site has a ton of articles and tutorials to help you get started on social media. If you spend a couple of days on this site, you’ll learn the basics of all the major social media platforms on no time.
Don’t want to jump into too many new sites at once? If you only want to get started on a handful of sites, first, that’s okay.

There are really three sites you should focus on in the beginning:

1. Facebook – This is the goliath of social media. It’s important to get a fan page created for your website ASAP.

Twitter is probably the next one you should focus on, followed by YouTube, and then others like Snapchat.
Be careful to grow your social media at a natural rate. If you follow too many people, make too many comments, etc., too quickly, you could get banned.